Magnesium is a mineral essential to almost all cells, and is used for over 300 chemical reactions in the body. Most magnesium is stored in the bones and organs, with one of its primary functions being to keep muscles and nerves healthy. It is naturally available in many types of food, yet despite this, magnesium deficiency is extremely common.

Why do we need magnesium? 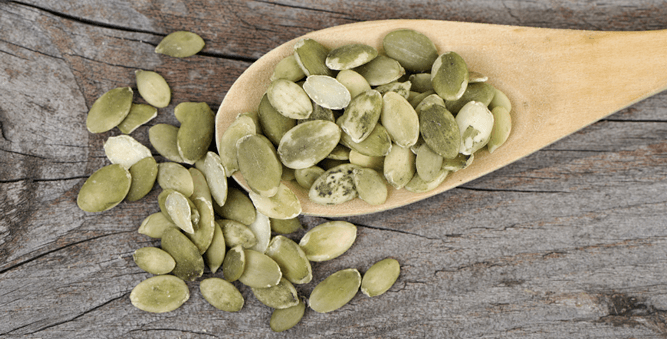 Magnesium is one of the most abundant minerals in the body, with about 25g being present for normal functioning. It is vital for normal bone and tooth growth and is involved in a wide range of biochemical reactions, ranging from protein synthesis to blood pressure regulation and muscle contraction.

The benefits of magnesium in healing wounds were first observed in cows in 1619. It is now commonly used in dealing with aches and pains, particularly muscle cramping and restless leg syndrome.

The current recommended daily allowance of magnesium is 300mg, though many health professionals believe that this level is too low, and at least double should be consumed daily.

Magnesium is available naturally in many food sources, such a leafy green vegetables and fibrous foods. However, the amount of magnesium in foods has greatly depleted over the last hundred years with increased use of herbicides blocking the uptake of minerals in many foods.

Magnesium deficiency is a far more common problem than many people realise, and a wide range of mild symptoms can often be traced back to this deficiency. It can be difficult to measure levels of magnesium as over half the magnesium is stored in the bones, and only 1% of magnesium is distributed in the blood, making blood tests for the condition not very useful.

Symptoms of magnesium deficiency tend to be mild and not specific to the condition, making it difficult to diagnose. Muscle spasms and cramps are common physical symptoms, developing into muscle weakness and impaired muscle co-ordination. Headaches and migraines are also often found to be linked with depleted levels of magnesium. Emotional symptoms include fatigue, low mood and attention disorders.

Magnesium deficiency is particularly common among menopausal women, or those who experience symptoms of PMS. This is because hormonal changes can cause the body to excrete more magnesium than normal. Woman often find that simply restoring an adequate level of magnesium dramatically improves their PMS or menopause symptoms.

Overdosing on magnesium through natural dietary sources is difficult as the kidneys naturally filter excess magnesium out of the blood. However, it is more likely if taking too many dietary supplements, particularly if already suffering from impaired renal function. Symptoms of magnesium toxicity would usually begin with an upset stomach, nausea or diarrhoea. This could develop into a drop in blood pressure, slowed heart rate and difficulty breathing.

An introduction to magnesium

Should you be taking more magnesium?