home > food > why is organic farming better for your food

Why is organic farming better for your food?

What is organic farming? 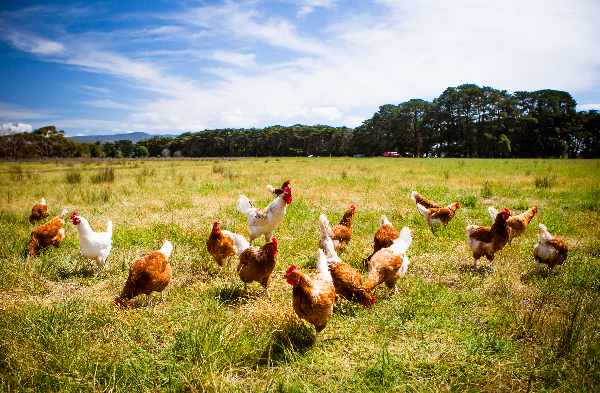 Organic farming is a method of cultivation that tries to work with nature rather than against it, focusing specifically on cutting out synthetic herbicides and pesticides and instead concentrating on natural methods to control disease and pests.1

This ethos even extends to the livestock involved with organic farming, with a great emphasis being placed on animal welfare. Sadly in the cases of ‘battery farming’, animals such as chickens and cows can go their whole lives without feeding outdoors and they are often provided with a cocktail of growth hormones and antibiotics. In organic farming, any livestock are provided with a free-range life, spending the majority of their lives outdoors without being routinely drugged or pumped full of antibiotics.

While it is true that organic produce can be a little bit pricier than other alternatives, 20p extra for a pint of milk seems a small price to pay in comparison to all the good that organic farming can do for the environment. But how does this reflect on your food?

You may have read our article a few months ago about the benefits of going organic in summer. In it we touched upon a few of the key reason why going organic can be better for your food but here I’m going to go more in depth into the arguments for and against. 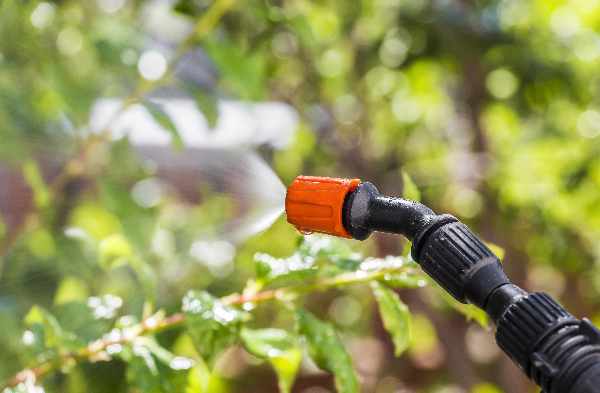 First let’s take a look at pesticides. They’re one of the main reasons why people convert from conventional products to organic products.  In the UK, government testing uncovered that 43% of British foods carry some kind of pesticide residue, including 87% of pears and 79% of grapes!2  While the European Food Safety Authority claims that these residues pose a ‘low risk to consumers’, many are unconvinced by these arguments.

Should they be though? Well first let’s take a look at the group of people most at risk of having their health damaged by pesticides – the farm workers themselves! The use of pesticides is closely regulated in the UK but, since much of our fruit and veg are imported from other countries, there is a chance that these rules are not as strictly enforced elsewhere.

The Pesticide Action Network (PAN) states the farmworkers are regularly exposed to pesticides without being completely aware of the risks. Just recently the USA made headlines with nearly 50 farm workers experiencing worrying symptoms such as vomiting and nausea apparently caused by a pesticide that was scheduled to be banned before the EPA decided against implementing the ban.3

It is true that farm workers exposed to high levels of pesticide may experience some health problems, including molecular changes4, but it is unlikely most you will ever be exposed to such a high volume of pesticides. So in small doses, are pesticides really that dangerous?

That’s the main question being asked and unfortunately, there isn’t a definitive answer. All I can say is that organic farming removes any doubt, with one report finding that there were significantly lower levels of toxic heavy metals in organic crops, including contaminants such as lead and mercury!5 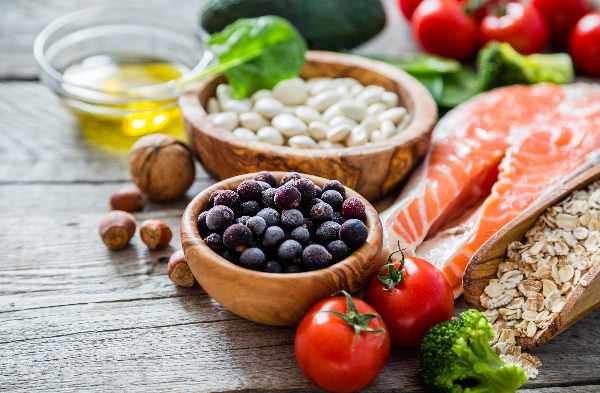 What about nutritional value? Are organic foods really ‘better for you?’ Well this is a controversial issue but a report released by the British Journal of Nutrition states that there were nutritional differences between organic and non-organic foods.

Apparently the content of antioxidants in organic foods was ‘substantially higher’ than those found in non-organic produce, with some estimating a 19%-69% difference. That’s the equivalent to eating an extra 1-2 portions of fruit and veg a day!6

The benefits weren’t just limited to fruit and veg, though. Organic milk and other dairy products were found to have slightly higher concentrations of iron, carotenoids and vitamin E compared to their non-organic counterparts, while meat also fared well with around 50% more omega-3 fatty acids than non-organic meat, not to mention slightly less saturated fat.7

It was believed that these differences were in large part related to the diet of organic livestock, with more animals having the freedom to eat a natural, grass-based diet with a greater intake of clover.

The diet of the animals 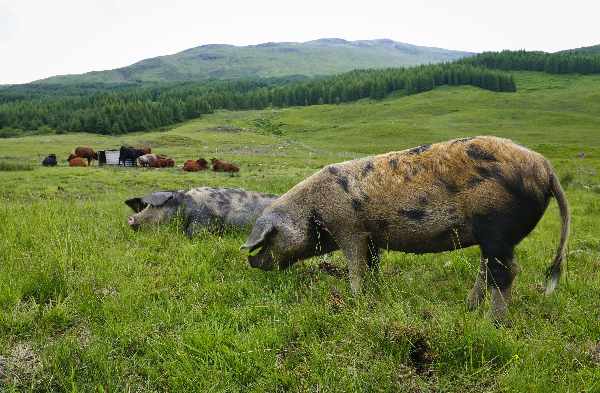 If you are a meat eater or consume dairy products, then it may be of interest for you to know more about what the livestock are consuming. After all, what goes into the animal will inevitably make its way into your system too.

Sadly, many animals belonging to non-organic farms do not experience the same quality of life as those on organic farms. Organic farming has to abide by a set of rules when it comes to how its livestock are treated. Cows have to be fed a diet that is at a minimum, 60% grass-based, and they receive, on average, over 200 days outdoors at pasture.

In 2016, a study was published that revealed that extremely high levels of antibiotic-resistant bacteria were found in UK supermarket meat. This is a serious issue as these bacterium can interfere with the treatment of human diseases such as urinary tract infections or even blood poisoning! This problem is made worse by the fact that E.coli blood poisoning infections have been increasing over the past 25 years and no new antibiotics have been discovered.9

Organic farms do not routinely give their animals antibiotics, so the risk of being exposed to these antibiotic-resistant bacteria is minimal.

How can you take steps to become more organic? 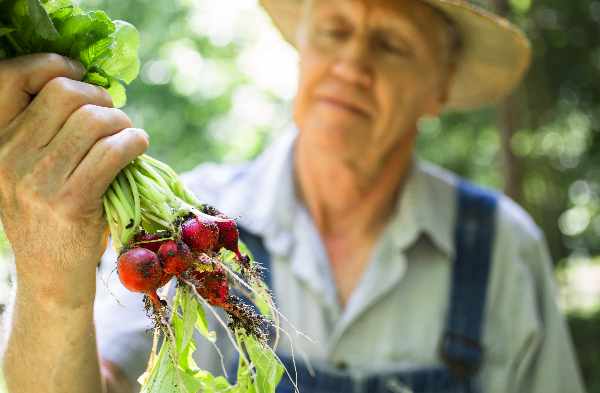 I understand that going organic might not appeal to everyone – after all, there is an undeniable difference in price between organic and non-organic product. However, even if you still can’t go completely organic, you can at least make small changes where you can.

Meat: This is undeniably where the price gap makes itself the most visible, however I would argue that meat is one of the most essential products to go organic for. Even if you can’t manage it every week, at least make sure that one of your meat options is organic.

Dairy: Going organic with your dairy option might be an easier feat than other options on this list. 2 pints of non-organic, semi-skimmed milk will cost around 75p at Tesco while an organic brand ranks in at around £1.10. This 35p difference is much more manageable than the price gap between organic and non-organic meat, so I would suggest starting here.

Fruit and Veg: Fortunately, there are plenty of options for going organic when it comes to fruit and veg – farmers’ markets are great places to buy your produce and they normally offer cheaper prices compared to big-budget supermarkets! I would also try and go seasonal with your options and plan in advance – there’s no point wasting good fruit!

For more great tips, please check out our ‘how to go organic this summer’ blog.

What about growing your own? 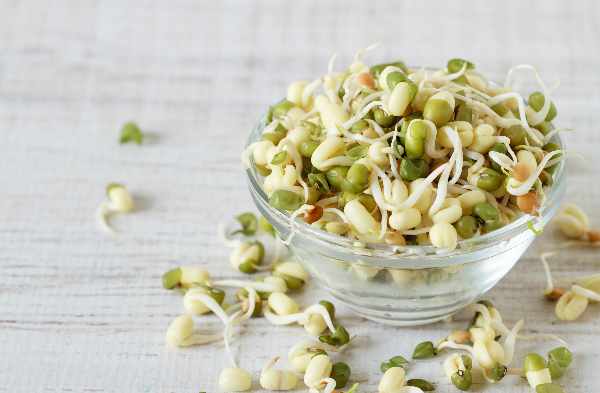 Not all of us have the option of growing our own fruit and veg – it can be a tricky endeavour that requires patience and, above all, somewhere to cultivate your crops. That’s why I’d recommend starting with our bioSnacky sprouts! These nutrient-rich options come in a variety of flavours, from spicy radish sprouts to aromatic alfalfa and best of all, you can do it from the comfort of your own windowsill.

Crunchy and delicious, you can serve these tasty little sprouts with everything from salads to stir-fries. For more recipe ideas please check our handy bioSnacky booklet with 5 tasty recipes from award-winning blogger, Holly Jade!