home > food > which bread is best is white bread so bad

Which bread is best – is white so bad?

How does white bread compare to healthier varieties?

We are constantly bombarded with new reports on how different foods are either good or bad for our health and it can be confusing to say the least! Today we discuss bread, is it good for us, or bad, and is there a difference between different types – white gets some bad press, but is it really so unhealthy? Let me explain in the light of some new research.

The benefits of brown bread

Are we all quite clear on what ‘brown’ bread actually is? There are so many different types of bread, from wholemeal to wholewheat to sourdough – many of them can fall into the ‘brown’ category, so, what are some of the key differences between brown and white varieties of bread? First, let’s go back to basics and think how bread is made. Grains are used to make bread, such as wheat. 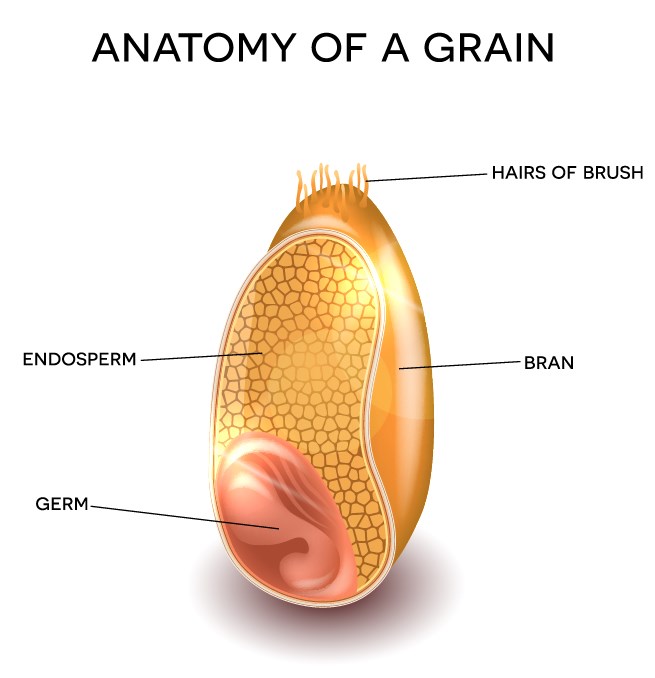 Grains are technically classed as small edible fruit (as they contain a seed which can be used for reproduction). Unsurprisingly, this means they are highly nutritious, and the different layers making up a grain each have something to offer:

Endosperm – The endosperm is the fuel compartment of the grain, it is rich in carbohydrates which can be used for energy along with good quality protein

Outer bran layer – The outer protective coating also called the bran, is rich in fibre and additional vitamins and minerals.

So, all parts of the grain are beneficial in some way, whether it’s the fibre, protein or essential mineral content that it's providing. That's why wholegrain varieties – which means the end food products contains all three parts of the grain – are thought to be more beneficial. More of the grain is used and they aren’t so processed, leaving the grain more intact. The grains are therefore able to retain more of their colour which gives rise to a darker end product. Hence, why darker coloured or ‘brown’ breads are often associated with good health!

The different types of brown bread

Now, let’s just run through some of the different types.

Wholewheat – Wholewheat bread means that the bread is made from the entire wheat grain, all of which is in the end product.

Wholegrain – Wholegrain means that the bread can be made from any type of whole grain. A personal favourite of mine, as this means all different tasty and nutritious seeds can be used – from linseeds (good for constipation and packed with omega-3) to millet which is rich in protein.

Sourdough – Sourdough can be made using a variety of different flours from wholewheat to rye flour. The main difference being, Sourdough is made using a fermented dough using naturally occurring bacteria and yeast – thought to have additional health benefits, especially in terms of the digestibility of the bread and the bioavailability of nutrients.

So, it seems that brown varieties certainly have their benefits. However, don’t be caught out – any bread options which include the word ‘whole’ in their name, indicate that whole grains of some sort are being used, which as we now know, are preferable. However, if bread is simply labelled ‘brown’ with no mention of the word ‘whole’ it isn’t likely to be much less processed than your average white bread!

So now we’ve talked about the fantastic benefits of wholegrain breads, where does white bread come into all of this?

White bread is generally more processed, which means the grains being used are refined. This means the fibre-dense outer bran and the nutrient-rich germ are processed out – which only leaves the starchy, carbohydrate rich endosperm. As a result, the end product is white, fine and not very nutrient-rich (maybe some protein if you’re lucky) – say hello to white bread.

But what does recent research report when it comes to bread?

So, from what we know so far, brown bread is superior in terms of the nutrients that it provides and in terms of the lesser proportion of refined carbohydrate content. Then we have varieties such as sourdough which may be used with wholegrain flour, but also use a fermented dough which may also have its benefits.

However, despite many studies looking at which breads are best in terms of their nutritional status, not many have looked at the effects breads have on our bodies, and in particular our guts. Until now, that is – and the results are quite surprising!

This new study looked at a number of factors to see what effects the different types of bread had on different people. Interestingly, initially there weren’t many differences (for example in nutrient status of the participants), but after further analysis, some significant results started to appear1.

First, they looked at glycaemic index responses (this is how quickly our blood sugar spikes in response to different carbohydrate-based foods). Initially there didn’t seem to be any differences, but with further investigation, it was found that individual people had different glycaemic responses to the different types of bread1. Further to this, their results appeared to be dependent on their gut bacteria.

The research team acknowledged that more research was required, but their results highlighted some key findings. Basically, there were individual differences in the blood sugar reactions to the different types of bread as a result of the different gut bacteria people possessed. So, the balance of bacteria in our gut may actually predict how we react to certain foods – fascinating!

So, what does this mean for us in terms of our bread choices in future?

Spelling out the solution

Now, let me explain where my advice stands on bread in simpler terms:

But, taking the results of this new research into consideration, the best advice I can give you is to listen to your body. Although fibre is generally deemed very healthy, some people with gut concerns don’t react so well to it. So, it’s up to you to listen to your body and understand the effects that the food you eat has on you. It’s your symptoms that are important rather than sticking to a one-size-fits-all diet!