home > food > is going dairy-free right for me

Is going dairy-free right for me?

According to an article by the Daily Mail in 2014, the non-dairy market has grown by 155% in two years. Since then these figures have continued to spike, and almond milk has even ousted dairy milk from its premier position in the US. However, is this switch really justified, especially if you don’t suffer from a food intolerance? Today I’m here to examine the benefits of a dairy-free diet, and to help you decide whether this change is really right for you.

The rise of free-from

There’s definitely no doubt about it – more households than ever in the UK are swapping their pints of semi-skimmed for soya, almond or rice milk. In an article published 3 years ago by the Daily Mail, it was estimated that 1 in 5 households were increasing their intake of non-dairy alternatives, with companies such as Alpro seeing a 15% growth within a 12 month period!1

Now 3 years later, this trend shows no signs of dying down, with sales of free-from products increasing by 36% in 2016 compared to a year earlier.2 As a result, supermarkets are being forced to adapt, and the good news is that there’s now more choice than ever available to the public.

While many are praising this shift towards a healthier lifestyle, some are questioning whether such a dramatic change is really necessary? 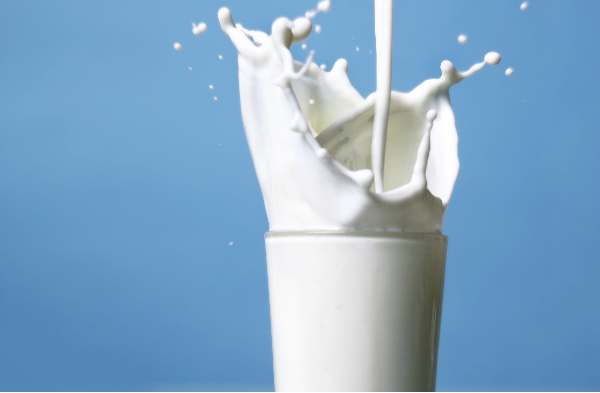 It’s difficult to get a true estimate of how many people in the UK suffer from a food intolerance that may prohibit them from drinking milk – afterall, some think that as many as 75% of the world’s population has a degree of lactose intolerance.

However, interestingly, countries such as Africa and Asia suffer more from these types of intolerances than North America and Europe.3 This would seem to gel with what other experts are saying, with one consumer researcher stating that "the majority of products are bought by people who do not identify as having an intolerance.”

If this is the case, then why are so many people increasing their intake of non-dairy products such as almond milk etc, if they do not suffer from an allergy? Well in part, it could be to do with the barrage of articles criticising dairy milk. Over the past few years, dairy definitely seems to have fallen from grace, leading many to believe that the substance is inherently bad for you.

Of course this is not necessarily true as milk is naturally rich in protein, calcium and other nutrients. As part of a balanced diet, there’s nothing wrong with having milk with your cereal, provided you’re careful about what brand of milk you choose and you go organic.

Balance though - that's the key word!

Are you out of balance? 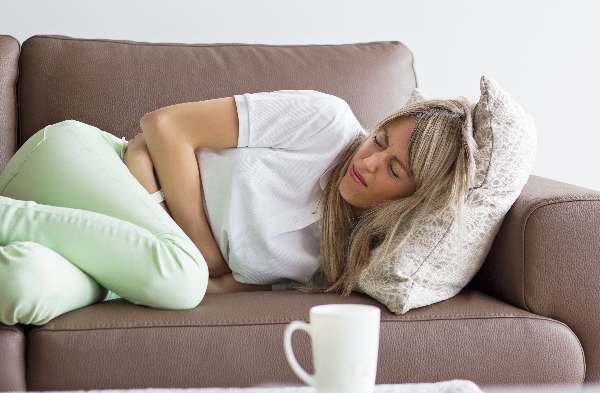 One of the real problems with our diets is the lack of balance. In moderation milk is just fine but if you’re consuming too much dairy, then you are definitely going to have problems. In 2016, the Public Health England released new dietary guidelines, stating that the public should cut their dairy consumption down to just 8% of their daily intake.4

Studies have demonstrated that excessive milk consumption can be linked to digestive problems such as bloating, flatulence and diarrhoea. Milk has even been flagged as a major trigger of IBS! It’s important, though, to take note of the word ‘excessive.’ This links back to what I was saying earlier about balance.

This may be easier said than done, though, as people don’t really seem to realise how much dairy they are really consuming each day. The UK, for most part, is a nation of tea lovers and coffee connoisseurs, which in itself is not always a good thing.

We can go through dozens of cups of tea and coffee in a day, which in addition to cereal, cheese, yoghurts and other dairy products like chocolate, can account for an excessive intake of dairy products, which can potentially lead to digestive problems.

What hormones are in cow’s milk? 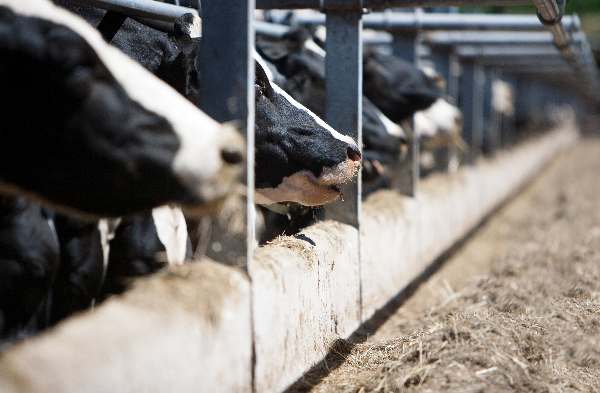 This is where we can come into some murky territory regarding dairy, particularly milk. While an excessive consumption of milk can upset your digestion, milk is not entirely innocent and most of the blame goes to how milk is processed.

Some farmers feed their livestock a cocktail of artificial hormones and antibiotics to help prevent disease and accelerate the growth of their calves. The residue of this hormone cocktail inevitably ends up in your morning bowl of cereal.

The worst offender is a hormone called rBGH, or Bovine Somatotropin, which can have an impact on an insulin-like hormone called IGF-1. IGF-1 can have an inflammatory affect and has been linked to acne, with one study finding that teenagers who drank milk were more affected by acne than those that did not. Worse yet, the American Cancer society has identified that IGF-1 may increase the risk of cancerous cells forming, although there is no concrete evidence to say that drinking milk can produce this risk.5

So what’s the solution to this? How can you find out if your milk contains these hormones? Well the good news is that farmers are getting more reluctant to give their livestock hormones such as BST or rBST, and you may have noticed this stated on your label.

However, if you are still concerned, the best option, in my opinion, would be to switch to buying organic milk. Organic cow’s milk is generally lower in saturated fats than normal cow’s milk and, since the cows will be eating fresh grass, will contain fewer chemicals. Pesticides are also prohibited in organic farming and organic milk is generally free from rBGH.

When should I go dairy-free? 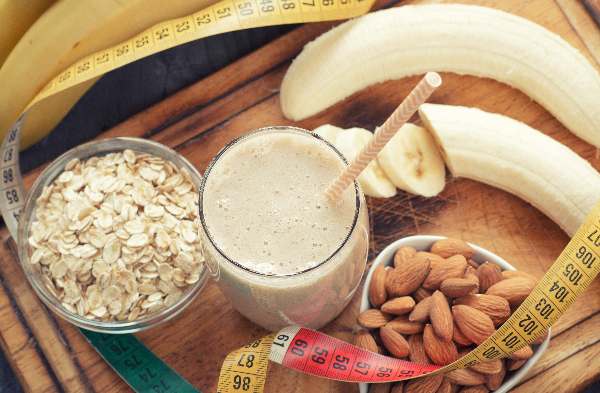 If one of the main problems with our diet is a lack of variety and an excess of dairy, then I think it makes sense to try and swap out some dairy products for non-dairy alternatives. If dairy is only supposed to account for 8% of our daily intake, then clearly most of us have some adjusting to do.

I think the most important thing is balance and to consider your own circumstances. While most of us should probably spice up our day to day routine with some almond milk or vegan chocolate, going 100% dairy-free can be a difficult transition and one that may be unnecessary if you put some time into gaining a balance between dairy and non-dairy.

However, if you do suffer from a digestive issue or even an allergy like hayfever, then reducing your intake of dairy might be a sensible idea. It’s important, though, that you consider a few crucial things before completely cutting dairy out of your diet.

There’s no denying that milk is both a rich source of calcium and protein, especially if you are vegetarian or work out frequently. You will have to look to other areas of your diet to make sure you are getting enough of these two nutrients.

Green leafy veg, such as spinach, usually contain high levels of protein, as do other non-dairy sources such as tofu, quinoa and most nut butters. It may even be worthwhile to consider adding a protein powder into your day to day routine. A lot of non-dairy milks are also fortified with calcium but you can also boost your intake by snacking on sesame seeds or eating more tofu. You could even consider a calcium supplement if you are especially worried.

Making this change can be daunting but worthwhile. Knowing where to start and what dairy-free products you will enjoy can involve some trial and error. Fortunately, there are plenty of dairy-free recipes on our website to satisfy your needs, not to mention you can also check out my dairy-free guide to milk to learn more about different dairy-free milks and what they can offer in terms of affordability, taste and nutrition!