The herb Sage is well-known for helping to treat hot flushes and night sweats, but what about other menopause symptoms such as brain fog? In this article, I take a look at a new study that looks at the effectiveness of using Sage to tackle menopause symptoms, including those associated with menopausal brain fog.

Traditionally, Sage extract is used for excessive sweating and menopausal hot flushes, with good evidence of its effects with present-day clinical studies. (1) (2) However, the most recent study reveals an exciting additional benefit of fresh Sage extract – it can also have a positive effect on the brain, which can help relieve emotional symptoms such as brain fog, anxiety and more. 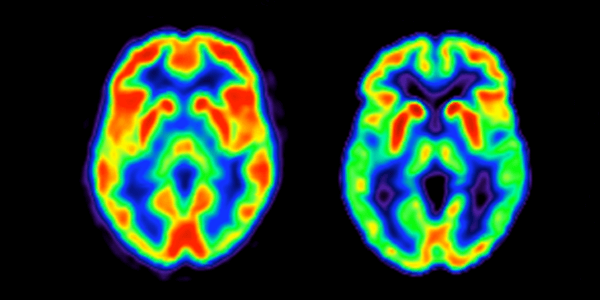 Emotional symptoms during menopause are very common, with the recent menopause documentary "Davina McCall: Sex, Mind and the Menopause", revealing just how common they are!

The documentary highlighted findings from a study of over 4,000 women, aged 45-55, which was commissioned by Channel 4 and undertaken by the Fawcett Society. The study found that 7 out of 10 women struggle with brain fog in menopause and 7 out of 10 women suffer from anxiety. (3)

Sage and emotional symptoms of menopause: what the research shows

So, how can Sage help? In the new Sage research, it was found that fresh Sage extract was seen to reduce emotional dysfunction - those rollercoaster emotions women can experience during times of hormonal fluctuation.(1) Results showed that there was an improvement in symptoms associated with menopause brain fog, including sleep problems, irritability, anxiety, and physical and mental exhaustion.

Measuring brainwave patterns with EEGs during this trial allowed the researchers to see that the excitability of brain waves under stressful circumstances was normalised after treatment with fresh Sage extract. A more focused and relaxed state of mind was experienced by the women taking the extract by the end of the trial.

Study subjects were also given a complete electronic encephalogram (EEG) before and after the Sage treatment, to explore any changes in cerebral neuronal activity by the treatment. An EEG measures electrical activity in the brain. At each EEG, subjects undertook a range of tests such as reading, concentration and memory tests.

Analysis of the EEG results showed that fresh Sage extract normalised the excitability of various brain waves under stressful conditions including exposure to mental challenges, smoothing them out to provide a more balanced mood. This 'electric blueprint' was a further confirmation of the clinically-observed improvement of mood and mental capacity with fresh Sage extract.

Sage is non-hormonal and suitable for long or short-term use. It can be used alongside thyroid medication, diabetic medication, and HRT. The benefits for menopausal women are clear in terms of improvements in mood and emotional stability.

In addition, Sage is simple to use on account of its non-hormonal mode of action, making it suitable to take alone or alongside hormonal treatments. Its lack of contraindications is another positive characteristic of this ancient remedy backed by modern science.

Commenting on the new Sage research, Dr Anne Henderson, consultant gynaecologist said: "This is the first time that in a placebo-controlled, confirmatory clinical trial, efficacy for a Salvia officinalis preparation has shown not only a reduction of hot flushes but of other climacteric and psychological symptoms as well.

"Menopausal women can experience few or many symptoms during this period of change; the severity of which can impact greatly on daily life. With hot flushes and sleep problems constituting the most prevalent concerns in menopause, the impact of Sage leaf in this study on the reduction of incidence and severity of hot flushes and improvement of sleep quality constitutes a very relevant asset, regardless of whether this is owed to the alleviation of night sweats and their detrimental impact on sleep or not, as quality of life remains a core issue for affected women.

"Anxiety levels have reduced, and furthermore, memory has improved which indicates alleviation of the 'brain fog' that women so often report as a distressing symptom of the menopause that can lead to loss of confidence and undermine women's perception of their performance in the workplace.

"It is encouraging that Sage leaf could be a natural solution that alleviates a wide range of menopausal symptoms where some women may be unable or unwilling to take HRT."

Looking at the brain wave study in more detail. It was very interesting to see that the researchers found a reduction of frontal beta2 brain wave activity when participants were tested with their eyes open (the more alert and less relaxed state compared to eyes closed). These are the brain waves that allow us to focus; but when they over-work they cause anxiety and stress, and an inability to rest.

Sage was found to decrease stress by normalising brain waves. The cerebral neuronal activity of women participating in the study was measured by an electronic encephalogram (EEG) before and after treatment using Sage, and the researchers found a substantial change after 4 weeks. The significant reduction of general electrical brain activity indicates a higher mental capacity and improved coping with cognitive challenges, as well as a reduction of endogenous stress production. Thus, women who were taking Sage were in a more focused and relaxed state of mind.